As anyone who’s ever waited in line to meet Anna and Elsa or ride Frozen: Ever After at Walt Disney World can attest, the pull of Frozen is incredibly strong. Fans of Walt Disney Animation Studios’ Frozen and the recently released Frozen II simply can’t get enough of the property, doing everything they can to immerse themselves in Anna and Elsa’s world. That passion is so extreme that Frozen II’s real-life Arendelle has been inundated with tourists.

The Kingdom of Arendelle is not a real place, but it was inspired by some very real places people can visit, and it seems that many are doing just that. One of those places is the village of Hallstatt in the European country of Austria. Hallstatt is a picturesque alpine village that sits next to a beautiful lake in the shadow of the Dachstein Massif Mountain.

Basically, Hallstatt, Austria looks like something out of a fairy tale, and it bears a striking resemblance to Arendelle from Frozen II. The fictional kingdom also sits on a lake in the shadow of a mountain, and the buildings look a lot like what you’ll find in Hallstatt. Although it doesn’t seem that Hallstatt has ever been confirmed as the inspiration for Arendelle, that hasn’t stopped countless Frozen fans from making a pilgrimage to the Austrian village.

According to The Guardian, Hallstatt, which is a Unesco world heritage site, attracted about 100 visitors a day back in 2010. Now the village attracts 10,000 tourists a day. That’s a hundred-fold increase for the village that has a population of just 778 people. That resident-to-visitor ratio is six times the amount of tourists per capita that a more stereotypical tourist destination like Venice gets.

The culprit for this invasion of tourists is likely Frozen, but not entirely. Hallstatt first appeared on a South Korean TV show in 2011, and a tycoon in China with entirely too much money built an exact replica of the village in Guangdong province. The first Frozen movie was released in 2013, and the rumors that Hallstatt served as inspiration for Arendelle has resulted in an influx of Frozen fans, particularly from Asian countries like China, Hong Kong, Japan and South Korea.

Becoming a tourist destination on this scale has been both a blessing and a curse for Hallstatt. The village obviously benefits financially thanks to the tourists and is able to keep businesses open year-long, as well as fund schools and public venues (paid for in part by €1 charges to use the restroom).

However, lots of tourists means lots of litter, and prices have also increased drastically. Apparently the mayor is looking at ways to reduce the number of tourists buses coming in, but there’s only so much that can be done. And with Frozen II also proving hugely popular, making over $1.3 billion and becoming the highest-grossing animated movie of all time (not counting The Lion King from 2019), the Frozen fever in Hallstatt may not be abating any time soon.

Maybe the mayor should try sending tourists to Alta, Norway. The Samí people of Alta recently named a group of reindeer after the stars of Frozen II in their honor. The gesture was seemingly part of the Official Tourism Board of Norway’s attempt to get people to come see the Nordic environments that inspired the film.

While Hallstatt is undoubtedly beautiful, if it’s a choice between an overrun village in Austria and a frozen wonderland in Norway that sits under the Northern Lights where you get to hang out with reindeer, I know which one I’m choosing.

Frozen II is now playing. Check out our 2020 Release Schedule to see all the huge movies this year has on tap. 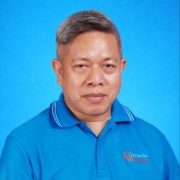 Star Wars Took A Different Approach To Maz Kanata For Rise Of Skywalker, But Worked Hard To Make It Seamless

Do They Get Away With It In The End?